The Parks Board voted to set the allocations for spending and the PPPI bond process. The initial outline looks to be 140 million for community parks over the next 5 years to be divided 15% land acquisition, 45% renovations, 40% continued development.

We presented the Friends of Encanto Park Plan package to the Board and were referred to staff for evaluation. They are to set a meeting with us before the first specific parks-level proposed 5 year plan will be delivered in late October.

Following is the letter we presented in the briefing package. Please let send any ideas or questions. Thank you!!

Friends of Encanto Park spent the summer answering the City of Phoenix’s call for community input about the Parks Department and PPPI funding priorities. We studied the PPPI mandates, created a public website, and worked with key stakeholders, users, neighbors and park managers to develop the Encanto Park Grand Plan. The Grand Plan calls for a $24 million investment from PPPI to address basic access, recreation, historic preservation and capital maintenance at Encanto Park.

Our efforts resulted in the highest number of votes at the community meetings for any “other” spending priority. The top 5 votes were:

The Phoenix Zoo was the only write-in priority that received more votes from the online survey than the Encanto Park Grand Plan. The Phoenix Zoo defines itself as “one of the largest, non-profit, non-tax supported zoos in the country,” not a community park.

Encanto Park opened in 1935, 2 years after the establishment of the Phoenix Parks and Recreation Board. Largely funded by New Deal programs and loans, it was designed to be a world-class park for recreation and culture in Phoenix. For nearly 75 years, Encanto Park has been in constant use by the community and the Parks Department. Encanto Park is our most adored city park, and it has helped establish high standards for regional parks and the entire Phoenix Parks system.

The diverse coalition supporting the Friends of Encanto Park’s appeal represents only a small sample of the people who have been inspired by this enchanted and public park.

Friends of Encanto Park is asking the City of Phoenix to commit public PPPI funding to major renovations for Encanto Park, and we reaffirm our commitment to raising private money for additional improvements. We have already raised more than $30,000 in pledges and donations to the Encanto Park Fund at the Phoenix Parks and Conservation Foundation. We look forward to formally kicking off our fundraising efforts for the Encanto Entrada portal after the PPPI 5-year plan is established.

We appreciate the dedication of those committed to building strong parks in Phoenix.
Sincerely, 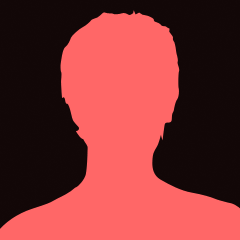